Watching NFL (National Football League) games on Sundays and Monday and Thursday nights has become a tradition for millions of Americans. Watching their favorite teams, having friendly competition with family and friends and buying NFL clothing and accessories has become a way of life for so many. With so many players choosing whether to stand or kneel, or even come out of the tunnel during the National Anthem, the question becomes did this hurt the NFL financially. As much as Americans love their football, they also love the National Anthem and all that it represents.

The NFL makes money in multiple ways. There are the fans that travel to stadiums and buy tickets and all the souvenirs, hot dogs and beer than they can handle, there are the ones that buy officially licensed NFL products from various retailers and there are also the fans that watch the games at home. The at home fans make the NFL money because they watch the advertisements on TV that companies shell out big bucks to have on during the games.

Last season, the NFL lost a a staggering 10% of it’s overall viewership. Sunday Night Football lost the most fans, nearly 2.2 milllion of them to be exact. The drop in viewership equated to a revenue drop of 1.2 percent for the NFL, to the financial total of at least $30 million. All of this information is cited from The International Journalism Review. Part of this drop in viewership came not only from Americans taking a side with kneeling players, but also the NFL’s direct decision to reject an ad from the American Veterans that encouraged people to stand for the National Anthem. This decision angered many NFL fans, some that were still avid watchers of games. Not only did the NFL lose additional fans from watching games over this ad, but they also lost the revenue the ad would generate for the league.

Americanthinker.com did a poll with over 9,000 avid football fans about what their feelings are towards the NFL since the kneeling situation started. More than half of those that participated admitted to having less of a following of the NFL, anywhere from watching less NFL on tv, buying less NFL merchandise, choosing to not attend an NFL game or cancelling an NFL related viewing all together. While this is not the entire media that consider themselves fans of the NFL, it is a large number of respondents.

Outkick the Coverage, a sports website, claims that during the 2017 season the NFL lost a staggering $500 million in total revenue from all sources. That is an incredible number to try to wrap your head around. While there could be loss from different reasons, the majority is pointed to the National Anthem and the loss of fans. Key weeks in the NFL schedule show dramatic drops in viewership, like Veteran’s Day weekend, and all signs point to the National Anthem and the NFL’s lack of a response to the kneeling.

A quick Google search of the NFL and how they are doing financially, leads to hundreds of articles all saying the same thing, the NFL is losing fans and money and it all revolves around the National Anthem controversy. Even non football fans are aware of the controversy concerning the NFL. During the regular and post season, you would be hard pressed to not find a new cast, a magazine or newspaper or a social media site that didn’t have some type of information on this topic. Even in the off season there is still widespread talk and debate of the subject, but again, everyone agrees that fans are taking their viewership and money someplace else. Major retailers across the country drastically discounted NFL merchandise in order to sell it and many ordered less or did not reorder throughout the season like they normally do. Tuning into a game at home, even the most naive of fans could notice the empty seats throughout the stadium and anyone looking to buy tickets to games got deep discounts on tickets, just so they could be sold. 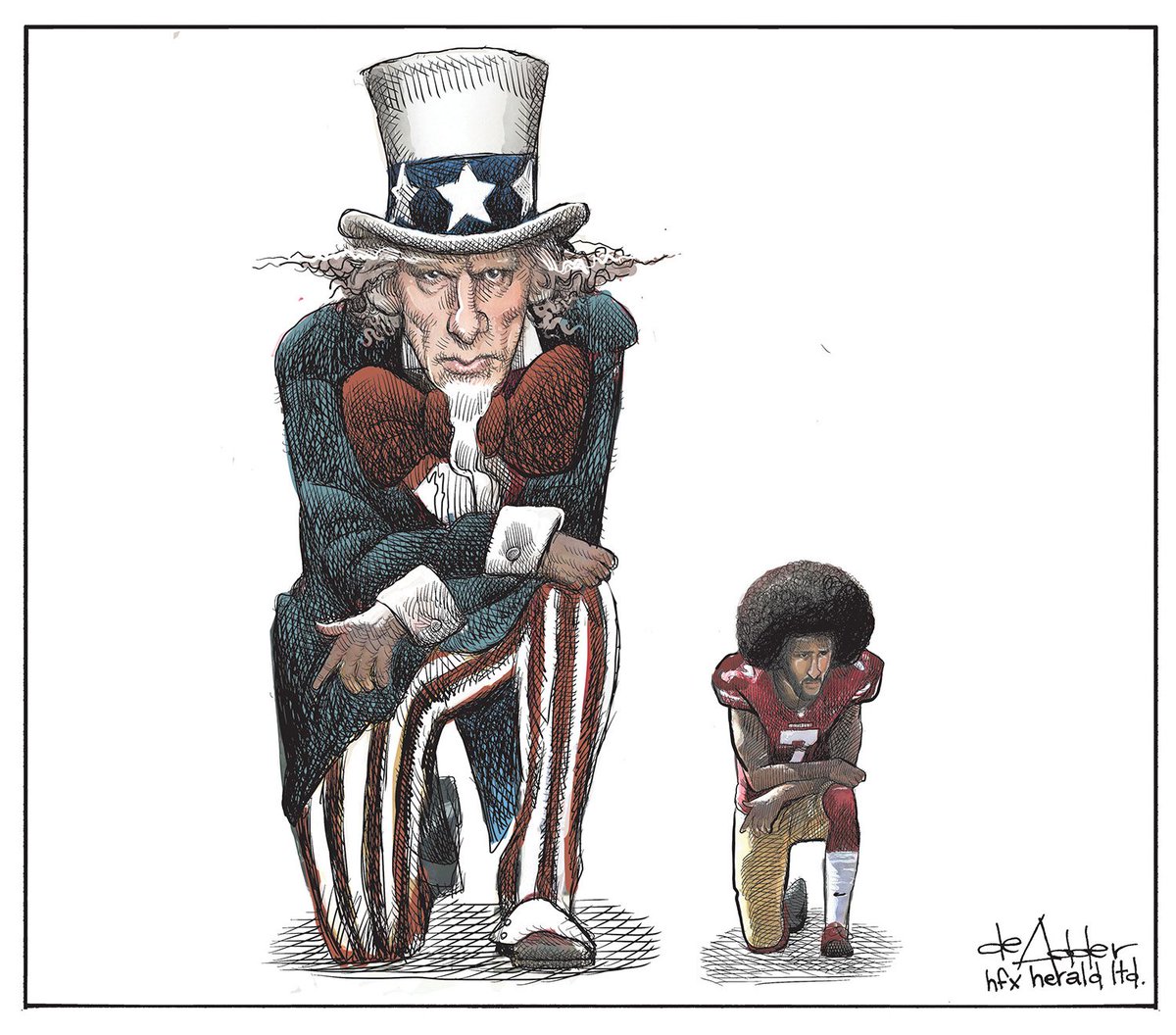 Regardless of your stand on the National Anthem controversy, or even if you like the NFL, it is clear to see the NFL is losing money at a staggering rate. Without the NFL taking ownership of the situation, they will continue to lose money season after season and NFL fans will be left to wonder what will the future of the NFL look like down the road a few years?